In this course, Dr Davide Bruno (Liverpool John Moores University) explores the cognitive psychology of memory and forgetting. Modules one and two begin by introducing the two main ways in which memory has been conceptualised by ...

In this course, Mr Kevin Silber (University of Derby) discusses the anatomy and function of the human brain. We begin, in modules one and two, by looking at how the brain is structured before moving to think about the localisation of different ... 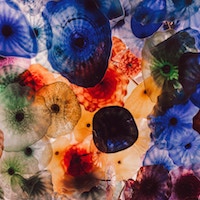 In this course, Mr Kevin Silber (University of Derby) explores different aspects of the severe mental health condition schizophrenia, including its characteristics, causes and available treatments. We begin, in module one, with considering the... 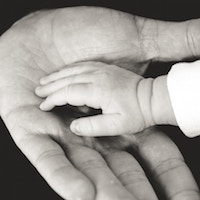 In this course, Dr Emily Burdett (University of Nottingham) discusses psychological theories of attachment, the close emotional bond formed between two individuals. We begin, in module one, by thinking about John Bowlby’s research on the ...

The Liberal Party and the Liberal Democrats, 1859-Present

In this course, Dr Matthew Cole (University of Birmingham) explores the history of the Liberal Party – and the later Liberal Democrat Party – from its foundation in 1859 until 2017. We begin by thinking liberalism as a political ideology, from the...

In this course, Dr Kevin Hickson (University of Liverpool) examines the history of the Labour Party from its founding as the Labour Representation Committee in 1900 to the present-day leadership of Jeremy Corbyn. In the first module, we think...

In this course, Professor Keith Laybourn (University of Huddersfield) considers the early history of the Labour Party from its foundations in the trade union movement of the late nineteenth century to the achievements of Clement Attlee’s post-war...

The UK and the European Union

In this lecture, Dr Simon Usherwood (University of Surrey) thinks about the European Union and its relationship with the United Kingdom, focusing in particular on Brexit. We begin in the first module by thinking about how the EU came into ...

Politics and the Media

In this course, Dr Richard Heffernan (Open University) thinks about the relationship of the modern media to British politics. We begin in the first module by thinking about the indispensability of the media in all its forms to the enactment of...

The Constitution of the United Kingdom

In this course, Professor Jeremy Jennings (King’s College London) thinks about the history of socialism from its origins to the present day. We begin in the first module with the French Revolution which set the European precedent for political...