In this course, Professor Jon Mee (University of York) explores the life and poetry of the great Romantic poet, John Keats. We begin by looking at Keats’ background, including his family, early education, and his career, before exploring Keats’...

In this course, Professor John Bowen (University of York) explores the concepts of philosophy and performance in Charles Dickens’ Hard Times. In particular, we consider the presentation of reason and rationality in the novel (as represented by Mr...

In this course, Dr Rosie Wyles (University of Kent) provides a critical study of three plays of Aristophanes – The Acharnians (425 BC), The Knights (424 BC) and Peace (421 BC) – in their theatrical, religious, social, and political context. In...

This course provides close reading and analysis of Aristophanes’ Frogs, focusing on the prescribed material for the OCR A-Level in Classical Greek. All passages are presented in the original Greek with a facing English translation, while... 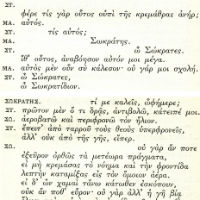 In this course, we explore Aristophanes’ Clouds, thinking in particular about where the play sits in Aristophanes’ life and career, its distinctive structure and themes, the presentation of Socrates in the play, and what it is that makes the play...

In this course, we explore Pat Barker’s ‘Regeneration’. Set in 1917 in Craiglockhart War Hospital in Edinburgh, the novel follows psychiatrist William Rivers as he treats shell-shocked soldiers, including the poets Siegfried Sassoon and Wilfred... 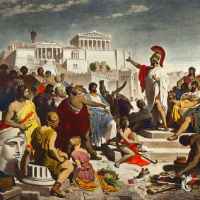 In this course, we explore Tennessee Williams’ Pulitzer Prize-winning play, ‘A Streetcar Named Desire’. The first module provides some historical and literary context for the play; we introduce Tennessee Williams himself, and think about what kind...

In this course, we explore several aspects of Homer’s Iliad. The course begins with a consideration of one of the most fundamental questions asked of the Homeric epics – the so-called Homeric Question – which asks whether the Iliad was...

In this course, we explore The Revenger’s Tragedy, a play which was written in the early years of the seventeenth century, but whose author is unknown. In the first two modules, we think generally about the Early Modern stage, before...

In this course, we explore John Webster’s ‘The White Devil’, beginning by thinking about John Webster himself, before moving on to consider the play itself – its setting in Italy, and the presentation of the various male and female characters...