Gender, Sexuality and the Media

In this course, Dr Helen Ringrow (University of Portsmouth) explores issues of gender and sexuality in media texts. In the first module, we provide a brief introduction to some of the issues we'll be discussing in the rest of the course, including...

In this course, Dr Clodagh Harrington (De Montfort University) examines the presidency of Barack Obama. We begin in the first module with Obama’s strategy and performance in the 2008 Democratic Party presidential primaries and then the ...

In this course, Dr Oliver Thomas (University of Nottingham) explores Aeschylus’ Agamemnon, the first part of Aeschylus’ great trilogy, the Oresteia, which was first performed in Athens in 458 BC. After a brief introduction to the trilogy as a...

The Westminster Model and the Civil Service

In this course, Dr Patrick Diamond (Queen Mary, University of London) explores the parliamentary system of government known as the Westminster Model, with a focus in the second half of the course on one of its central pillars: a permanent ...

In this course, we explore John Webster’s ‘The White Devil’, beginning by thinking about John Webster himself, before moving on to consider the play itself – its setting in Italy, and the presentation of the various male and female characters...

In this course, Professor Peter Mitchell (University of Nottingham) discusses how we acquire a theory of mind, i.e. the ability to make inferences about the mental states of others. In the first lecture, we explore what we mean by the term ‘theory...

In this course, we explore the prescribed section of Ovid’s Metamorphoses (Book 3.511-733). In particular, we think about the depiction of Pentheus and the humour contained in that episode, before exploring the many ways in which this section of...

In this course Professor Lewis Ayres (Durham University) explores St. Augustine of Hippo’s views on human nature. In the first module, we introduce Augustine’s views on the experience of human nature, as told through his major works ‘The City of...

In this course, Dr James Morwood (University of Oxford) explores Euripides’ Hippolytus, a play in which the goddess Cypris, takes revenge on Hippolytus for his refusal to worship her. As we move through the course, we focus on six scenes...

This course offers an in-depth exploration of the historical background to the US Constitution, up to and including the Constitutional Convention of 1787. In the first lecture, we consider the US in 1783, at the end of the War of Independence,...

Nietzsche: On the Genealogy of Morality

Published in 1887, the Genealogy of Morality is the locus classicus of Nietzsche's criticism of contemporary morality and religion. The book is divided into three essays: the first deals with the origins of Christian and contemporary secular... 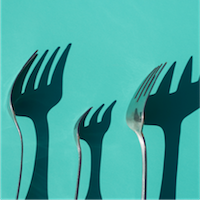 In this course, Professor Jane Ogden (University of Surrey) discusses eating behaviour and its related problems. In the first lecture, we explore why we eat what we eat, focusing on cognitive and developmental models of food preferences. In the...

In this course, Dr Andrew Blick (King’s College London) explores the similarities and differences between federalism in the United States and devolution in the United Kingdom. In the first module, we summarise the key characteristics of US...