In this lecture, we look at the way a child’s development from the second trimester of pregnancy to five years old, focusing in particular on: (i) the extent to which an unborn child can hear what’s happening outside the womb – and how this can be tested; (ii) the level of understanding at birth – and how this can be tested; (iii) the level of understanding after six months; (iv) the babbling phase (6-8 months); (v) first words (8-12 months); (vi) the two-word stage (18-24) and the extent to which children are genuinely producing two-word sentences rather than echoing a two-word phrase they have heard; (vii) the growing understanding of morphology and syntax, including ‘telegraphic speech’ (2-2.5 years); (viii) the movement to 3+ word sentences and beyond (3+ years); and (ix) the state of a child’s language when they start school. 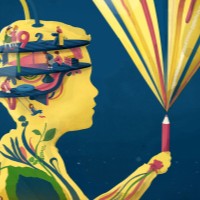