In this course, Prof. Robin Osborne (University of Cambridge) explores the development and operation of Athenian democracy. In the first half of the course, we outline the major landmarks in the development of development of democracy, from Solon in the early sixth century, through Cleisthenes in the late sixth century, and then through the fifth century and the reforms of individuals such as Ephialtes and Pericles. In the second half, we think about the operation of Athenian democracy in its most radical form, focusing in particular on the workings of the popular assembly and the law-courts, the kind of political leaders that were influential in this period, and the benefits and drawbacks of mass participation in the political system.

Robin Osborne is Professor of Ancient History at the University of Cambridge and a Fellow of King’s College, Cambridge and of the British Academy. He works on Greek History (political, social, economic, cultural) and Greek Archaeology (field archaeology and art history) between 1000 B.C. and 200 B.C, and has published extensively across a range of topics.

4. The Assembly and Political Leadership

7. The Strength of Athenian Democracy 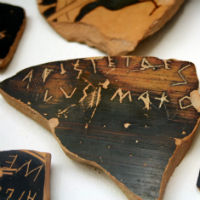 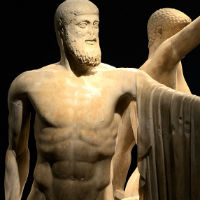 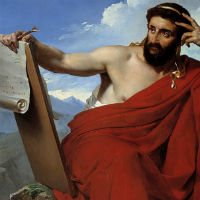