Helen has been involved in various research projects, including a Leverhulme Major Research Fellowship (2008-10) and a large AHRC project ('Metaphysics of Science', 2006-9), on which she was a co-investigator along with Alexander Bird (Bristol, PI) and Stephen Mumford (Nottingham). More recently, she was co-applicant on a successful application to the Royal Society/British Academy for a Newton International Fellowship with Anthony Fisher, who spent two years at Manchester working on Samuel Alexander.

Helen is one of the co-editors of Philosophy and Phenomenological Research and an associate editor of the Journal of the American Philosophical Association; she is also on the editorial boards of Hume Studies and the Australasian Journal of Philosophy. She is currently President of the British Society for the Philosophy of Science and President Elect of the Aristotelian Society, co-chair (with Jenny Saul) of the BPA/Society for Women in Philosophy (UK) Committee for Women in Philosophy, and a member of the Royal Institute of Philosophy's Council and Executive Committee. She was Director of the British Philosophical Assocation from 2007 to 2011 and a member of the AHRC's Advisory Board from 2009 to 2013. 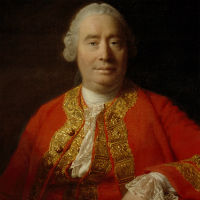