Toby Green is Senior Lecturer in Lusophone African History and Culture at King's College, London. After studying Philosophy, Toby worked as a writer and editor, publishing various books that have been translated into 12 languages. He then studied for his PhD at the Centre of West African Studies at Birmingham University, working with the Brazilian specialist on Timbuktu and Songhay Paulo de Moraes Farias and completing in 2007, before coming to King's in 2010.

After holding fellowships from the British Academy and the Leverhulme Trust, in 2015 he was recipient of a British Academy Rising Star Engagement Award, for which he organised an interdisciplinary workshop with the musicologist Lucy Duran of SOAS, bringing musicians and historians from West Africa into dialogue.

His recent publications include Brokers of Change: Atlantic Commerce and Cultures in Pre-Colonial Western Africa (2012), The Rise of the Trans-Atlantic Slave Trade in Western Africa, 1300-1589 (2012), and Guinea-Bissau: From Micro State to ‘Narco State’ (2016), 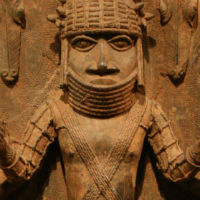