Adrian Smith is Professor of Modern History at the University of Southampton. He taught in school and at the Royal Military Academy Sandhurst before becoming a university lecturer in both History and Politics. Although he has written extensively on the history of sport and on the Commonwealth (sometimes together), his principal areas of expertise are in modern British political history and warfare over the past 150 years, with a complementary interest in cinema. His books include a history of the early New Statesman and a collection of essays on his native city, Coventry; and biographies of the socialist air ace ‘Mick’ Mannock (the basis of a BBC2 Timewatch documentary), and of Admiral Lord Mountbatten – Mountbatten Apprentice War Lord appeared in 2010. Adrian is now writing the authorised life of aviation (and maritime) pioneer and industrialist Sir Richard Fairey, living in hope that the finished book will earn him a flight in a Swordfish. Suitably, Adrian Smith was co-organiser of the AHRC-funded research network, ‘Challenges To Biography’, now merged into the Oxford Centre of Life Writing. He has advised on and appeared in a number of TV and radio documentaries, and is a frequent public speaker (most often via the Historical Association). A keen runner, cricketer and tennis player, his post-marathon sporting ambitions are to take up fell running, and to cycle up Mont Ventoux – living on the south coast in Lymington ensures suitable preparation for neither of these planned activities. 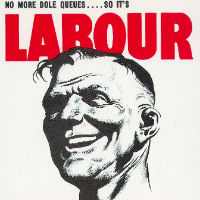