Professor Stephen Morton is a Professor of English at the University of Southampton.

He was appointed as a lecturer in Anglophone Literature at Southampton in 2003 after teaching at Tampere, Finland and studying at Leeds, Nottingham, Sheffield, and the Whitney Museum of American Art, New York City. He was promoted to Senior Lecturer in 2008.

He has published books, articles and reviews on postcolonial literature and theory, critical and cultural theory, visual culture, and recent Canadian writing. 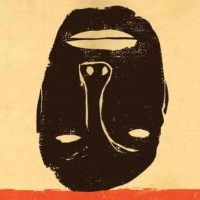