In this course, Dr Llewelyn Morgan (University of Oxford) explores the poetry of the Roman poet Catullus. In particular, we think about Catullus as a poet who combined the innovative and subversive with the traditional and conservative.

Llewelyn Morgan is a Classicist, a Fellow of Brasenose College, Oxford. The focus of most of his research is Roman literature and culture, and he is the author of the well-received study of Roman poetic form, Musa Pedestris: Metre and Meaning in Roman Verse (Oxford, 2010).

But he also has a longstanding fascination for Afghanistan, contemporary and historical, which he traces to his discovery, at an impressionable age, of a Russian samovar inscribed “Candahar 1881”. He has made several visits to Afghanistan in recent years, and his most recent book, The Buddhas of Bamiyan (Profile Books and Harvard University Press, 2012), traces the history of these remarkable monuments from their Buddhist origins 1,400 years ago, through their celebrity in Islamic wonder literature and European travel writing, up until their destruction in 2001.

Morgan is a regular public speaker, on many aspects of Classics and Afghanistan, appears occasionally on BBC Radio 4, and writes slightly less occasionally for the Times Literary Supplement. 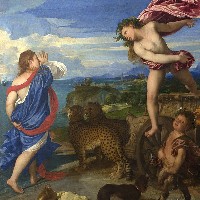