In this course, Dr Rob Drummond (Manchester Metropolitan University) explores the relationship between spoken language and identity – how we speak and who we are. In the first module, we think about language variation itself, focusing in particular on the difference between accent and dialect, the different levels at which dialects can be different, and the fact that everybody has an accent. In the second module, we explore the history of the English language to consider why it is that there are so many regional accents in Britain today, before turning in the third module to explore some of the social factors that contribute to differences in spoken language. In the fourth module, we think about the concept of indexicality, the means by which certain features of spoken language acquire social meaning, before turning in the fifth module to consider style switching, i.e. changing the way we speak to suit the context.

Dr Rob Drummond is Reader in Sociolinguistics at Manchester Metropolitan University. He is particularly interested in the ways in which spoken language varies between individuals and groups of speakers, and the role that language variation plays in the construction and performance of identity. This involves the study of accents and dialects, and the ability to measure fine phonetic differences in people's speech. Some of his recent publications include Researching Urban Youth Language and Identity (2018) and (as co-author with D. Clayton) Language Diversity and World Englishes (2018). 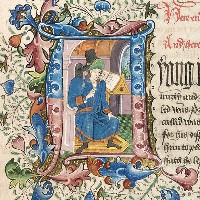 Gender, Sexuality and the Media