In this course, Dr Sophie Duncan (University of Oxford) explores Shakespeare’s The Merchant of Venice. We begin in the first module by thinking about Venice as a key setting for the play and its significance at the time Shakespeare was writing. After that, we consider the presentation of same-sex desire in the play, focusing in particular on the relationship between Antonio and Bassanio, before turning in the third module to Shakespeare’s sources for the play, how he changes and adapts them, and what the implications of those changes are. In the fourth module, we think about the three female characters of the play – Portia, Nerissa and Jessica – before moving in the fifth module to consider the Jewish identity and anti-Semitism in both the play and its performance history.

Note: We used the Arden edition of the play (Third Series, ed. John Drakakis) unless otherwise specified. Students using a different version of the play may encounter slight differences in both the text and line numbers.

Sophie Duncan is currently a Postdoctoral Researcher at the Calleva Centre, Magdalen College, University of Oxford, working on the project "Adults at Play(s)", which looks at Shakespearean and Greek tragedy.

She completed her DPhil "Shakespeare's Women and the Fin de Siecle" in August 2013, after two years and ten months of study. Her first job was as Stipendiary Lecturer in English at St Catherine's College, University of Oxford, and she has taught widely across the university and was also a College Lecturer at Keble.

Her doctoral research focused on a group of actresses which includes Ellen Terry, Mrs Patrick Campbell, Lillie Langtry and Madge Kendal, although anyone board-treading and female is of interest to her. Using Shakespeare to illuminate 1890s culture has led her in all kinds of surprising directions: from Ruskin to pornography, and from Dracula to the suffragettes! She love archives, public engagement and working with theatre companies. She spends a lot of time forcing sordid Victorian facts on unsuspecting family members. 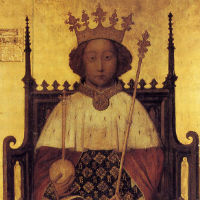