2. A History of Psychic Detection

In this lecture, we think about a history of psychic detection, focusing in particular on: (i) Jacques Aymar’s solving of a murder in 1692 as the first recorded case of psychic assistance in a criminal investigation; (ii) the involvement of Robert Lees in the Jack the Ripper case; (iii) the work of Frederick Marion, Dorothy Allison, Gerard Croiset and Wilhelm Tenhaeff in psychic assistance to investigation; (iv) Dorothy Allison’s famous prediction of the assassination attempt of Ronald Reagan, as well as her work with the FBI; (v) Dorothy’s function in the FBI being more related to training agents to access their intuition, rather than her claimed psychic abilities; (vi) Uri Geller’s input into missing person cases.

Professor Ciarán O’Keeffe is associate professor of education and research and head of the School of Human and Social Sciences at Buckinghamshire New University. Professor O’Keeffe’s research interests include investigative psychology and parapsychology, and has made numerous television and radio appearances alongside an array of celebrities. Some of Professor O’Keeffe’s recent publications include 'Things That Go Bump In The Literature: An Environmental Appraisal of 'Haunted Houses'' (2020) and 'Restorative Justice and Recidivism: Investigating the impact of victim-preference for level of engagement' (2014). 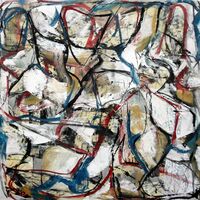