In this course, Dr Sylvia Jaworska (University of Reading) provides an introduction to analysing media texts. In the first lecture, we think about what we mean when we talk about ‘media’, including the idea that a ‘medium’ is something that we use to fulfil a particular function. After that, we think about media texts that combine two or more modes and the idea of multimodality more generally. In the third module, we think about how and why we might divide media texts into particular genres, before turning in the fourth module to think about how the media industry makes money and the rise in sensationalism in media texts, and especially the phenomenon of ‘clickbait’. In the fifth and final lecture, we think about the phenomenon of fake news, including why humans are uniquely predisposed to spread (and to believe!) fake news, and some of its linguistic characteristics.

Sylvia Jaworska is Professor of Language and Professional Communication at the University of Reading. Her main research interest is in the area of discourse analysis and corpus linguistics. In particular, she combines corpus and computational tools with discourse-analytical techniques to study language use and linguistic practices in professional contexts including (new) media, business and health communication. 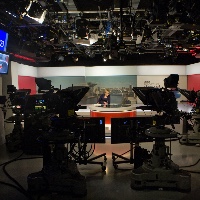