In this module, we read through the eighth poem in the collection, 'Confession', focusing in particular on: (i) the sacrament of confession in the Catholic church, and what a confession box actually looks like; (ii) the vividness of the memory, which includes sights, smell and sounds, "musty gloom", "that wee voice", etc.; (iii) the character of the priest; (iii) the contrast between the negative and the positive, e.g. "eternal damnation", "Jesus loves you"; (iv) the extent to this poem is a critique of the Catholic church; (v) the idea of sin in the Catholic church; (vi) the extent to which the speaker's memory of this confession still smoulders like the punishment from Mr Welltread in the previous poem; and (vii) the lack of specificity as to what the speaker is actually confessing to – have they actually done anything wrong? 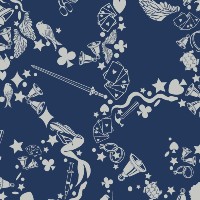